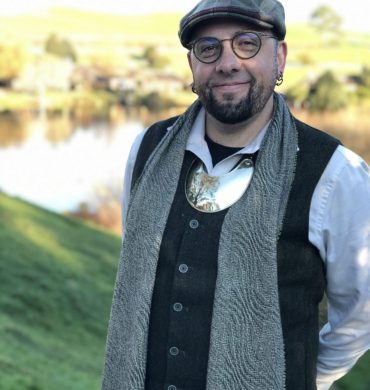 Daniel Heath Justice (Cherokee Nation/ᏣᎳᎩᎯ ᎠᏰᎵ) is Professor of First Nations and Indigenous Studies and English at the University of British Columbia, where he also holds the Canada Research Chair in Indigenous Literature and Expressive Culture. He is the author of Our Fire Survives the Storm: A Cherokee Literary History (2006), Why Indigenous Literatures Matter (2018), and numerous essays and commentaries in the field of Indigenous literary studies, as well as co-editor of a number of award-winning critical and creative anthologies and journals. A creative as well as scholarly writer, he is also author of the Indigenous epic fantasy, The Way of Thorn and Thunder, numerous short wonderworks, and the animal cultural histories Badger and the forthcoming Raccoon in the Animal series from Reaktion Books (UK). His current projects include an anthology on Indigenous responses to settler land privatization policies (co-edited with Jean M. O’Brien), a peer-reviewed podcast series on other-than-human kinship in our wounded world, and a dark Indigenous steampunk trilogy.