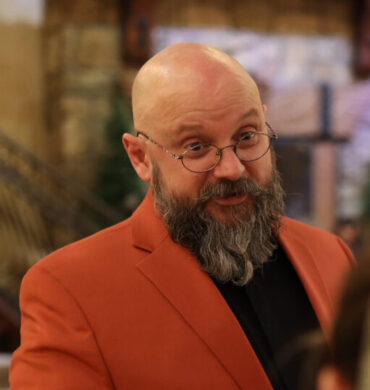 Howard Tayler is the writer and illustrator behind Schlock Mercenary, the Hugo-nominated science fiction comic strip. He also co-hosts the Hugo and Parsec award-winning “Writing Excuses” podcast, a weekly ‘cast for genre-fiction writers, with Mary Robinette Kowal, Brandon Sanderson, and Dan Wells. They collaborated together to create the Shadows Beneath anthology.

Howard has written tie-in fiction for Privateer Press, and horror for the Space Eldrich anthologies. As well as the Planet Mercenary RPG. Planet Mercenary is set in the universe of the Schlock Mercenary comic. You can find the comic online at schlockmercenary.com